After moving into an apartment with limited storage, I thought I was going to have to give up kayaking, but after learning about inflatable kayaks from a Sea Eagle 370 review, I realized I can still easily store a kayak in my apartment and enjoy some time on the water.

Things to Consider Before Buying a Kayak

Before you purchase a kayak, it is important to take several factors into consideration starting with sit-on-top vs. sit-in, inflatable vs. hard, and storage.

Traditional sit-in kayaks will usually give you more speed while requiring less paddling effort. They also have a secondary stability, which is great for rough water conditions.

If you’re like me and have limited space for storage, you will like an inflatable kayak that can easily be carried and stored.  Although they are sturdy for their materials, nothing can hold up to rocks and branches quite like a hard kayak.

Hard kayaks are heavier and far more difficult to carry and transport in a vehicle; however, they also tend to be much more durable.

Since I like to spend several hours out on the lake, I also like to make sure I have plenty of storage on my kayak.  While bungee cords are nice for holding coolers or backpacks, hatches are great for keeping my belongings dry.  If I am taking a cellphone, I like to make sure that it is stored in a hatch with a great seal, so it doesn’t get wet if I get water in my kayak.

The Sea Eagle 370 is one of the most popular inflatable kayaks on the market.  It is a lightweight and portable option that only weighs 32 pounds and holds up to 3 people or 650 pounds.  It is 12 feet long and can be inflated and assembled in as little as 8 minutes.  It is also very affordable starting at about $330.  The kayak comes with a pressure gauge, repair kit, bow and stern grab line, and much more.

This is a great option for someone who has children, pets, or friends they plan to share the kayak with.  It is also great for anyone looking for a kayak that is easy to store, transport, and assemble.  If you are planning on kayaking in areas that are known for having sharp objects, I would recommend that you stick with a traditional, hard kayak.

Sea Eagle did an amazing job designing this popular inflatable kayak, and as a result, it has many impressive features.

The structure of this kayak will be mentioned in any Sea Eagle SE370 review because Sea Eagle has designed this kayak to be made with a 5-tube I-beam floor.  The five tubes make the paddler of the kayak sit high enough with his or her weight bore by the floor.  This makes paddling much easier and more efficient.  The I-beam floor helps to add some rigidity to the kayak.  Not only does this make it easier to move in an inflatable kayak, but it also increases the speed of the kayak.

Traditional solid kayaks are designed to have a hull that allows the kayak to cut through and track across the water smoothly.  Inflatable kayaks lack the structure to have a hull design like that, so Sea Eagle adds two skegs to the rear of the 370 kayak. Without them, the kayak would wander all around the water with each paddle, and you will waste a lot of energy.  Since they are so important, Sea Eagle designed the skegs to be made out of sturdy plastic, so you don’t have to worry about damaging them when you hit rocks or beach.

The valves are arguably one of the most important features on any inflatable, so it is no surprise that Sea Eagle took so much time to design valves that are simple and easy to use.  Unlike traditional valves that crack and lose air easily, the one-way valves have an inner diaphragm that allows air to be pumped in without allowing any to escape.  They also designed the opening to be large enough to allow the kayak to be quickly inflated and deflated.  For added security, the Sea Eagle 370 has mold O-rings that are attached to the hull, so you don’t have to worry about losing them.

The fact that this inflatable kayak has two seats is a great feature for several people.  Anyone with small children will appreciate the fact that they can comfortably fit their children in this kayak.  People with pets or people who just like to share their kayak with friends will also be able to enjoy this feature.  There is plenty of room for a lot of fun in this two seater kayak with its heavy weight limit.

These are just a few of the key features on the Sea Eagle 370 kayak that I believe you will enjoy.

Of course, there are several other kayaks you might want to compare to the Sea Eagle 370 inflatable kayak.

The Sea Eagle 420X is another inflatable kayak designed by Sea Eagle, but it is designed to handle up to class IV rapids.  It is 14 feet long, so it has room for three separate seats, which means it holds 3 adults or up to 855 pounds.  Because of its excellent design, it also much more expensive than the 370 model.

If you would like to take your kayak in whitewater rapids, this is the best option for you.  If you are looking for a more relaxed and cheaper experience, you would be better off sticking with the 370.

The Lifetime Spitfire 12 is also a tandem kayak, but it is not inflatable.  It weighs much more than the SE 370 at 90 pounds, but it only holds 500 pounds.  It is also more expensive than the SE 370.

If you aren’t concerned with storing your kayak or you are worried about repairing inflatable kayaks, this is a better tandem option.  If you are limited on money or space, the SE 370 is a better choice for you.

After I read a Sea Eagle 370 Pro review, I was excited to go out and buy one, so I could keep up with my hobby despite having limited storage space.  If you are struggling with finding a place for your own kayak, this inflatable option is the solution. With all of the incredible features that Sea Eagle adds, you will have a great experience spending time on the water. 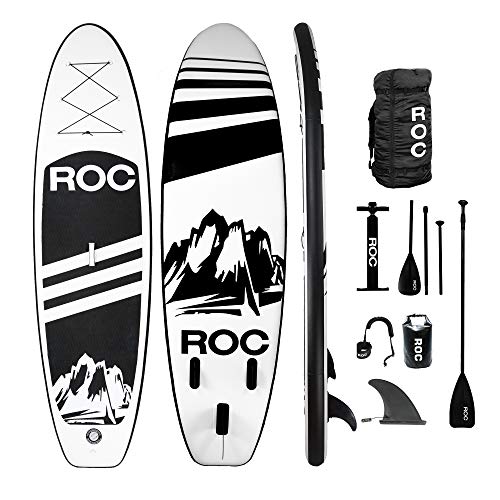 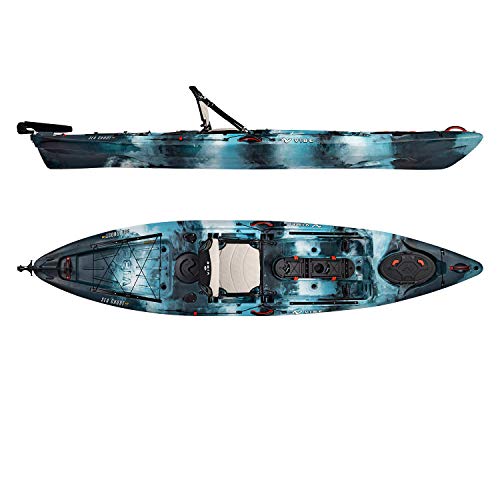